po iki me mir se un sdi me be sherr

po iki me mir se un sdi me be sherr
Click to expand...

The maps of winter and breeding season distribution are almost identical; Pheasants were found wintering in 43 tetrads where they were not recorded in the breeding season, and were missing in winter from 56 with breeding presence. These differences are most likely to be due to observer effects, perhaps unluckily visiting a location when the resident Pheasant was silent. The females gather into flocks of tens of birds, or more, but even during winter, males are quite aggressive and weaker males, especially the first-year birds, are forced out into suboptimal habitat. Radio-tracking has shown that adult cocks that have previously held a territory move an average of only 80 metres to their winter area, compared to about 300 metres for birds establishing a territory for the first time (Robertson 1997). This work also showed that they especially favour small woods, seldom moving more than 30 metres in from the edge of woodland. They are not fussy about the tree species provided that there is reasonable shelter provided by a good shrub layer. Their use of habitats in this winter Atlas was almost identical to that of the breeding season, with a few birds spreading into human sites and odd records on saltmarsh, although Pheasants do not often go far from cover. They are occasionally found in marshland and reedbeds, often said – wrongly – to be the preferred habitat in their ancestral Chinese homeland from where they have been introduced around the world (Robertson 1997).

In winter Pheasants feed mostly on seeds, often provided for them in woodland grain-hoppers, but also gleaning the remains of cereal crops, and this is one of the few species to be found in maize stubble. Away from woodland, increasing numbers of farms are planting strips of mixed seed-bearing crops intermixed with dense crops such as kale, often known as game cover. Pheasants usually carry substantial reserves of fat and can starve for several days if need be, such as when feeding areas are covered by deep snow; only in prolonged hard weather, such as has not been experienced in the county for twenty years or more, do many birds die from starvation.

One notable feature of Pheasant behaviour in winter is their use of communal roosts. They usually choose a dense tree, walking towards it then noisily flying steeply up into the branches until they reach a height where they feel safe from ground predators, especially foxes. Such roosts are widespread although fieldworkers in only six tetrads recorded them, with the largest estimated to contain 50 and 60 birds. It seems that at least one of the birds is always awake, keeping watch for threats to the whole party.

Many of the comments made by previous chroniclers of the county’s birds could equally apply today. Coward (1910) wrote that, except in those parts of the hills east of Macclesfield where there is no suitable cover, the Pheasant is extensively preserved and exists everywhere in a semi-domestic condition. Hand-reared birds are turned down in thousands in woods and coverts, which are maintained and often planted solely for their benefit. Boyd (1951) summed up the traditional birdwatchers’ view in saying that it was difficult to think of them as really wild birds, but they are found throughout the area in a perfectly wild state. Bell (1962) linked the fortunes of the Pheasant in the county almost entirely to the birds keepered on large estates, but also noted that, even during the Second World War when there was little or no gamekeeping, a stock of wild birds did manage to hold their own despite severe poaching.
Click to expand...

Po pra vicini vicini lol
Change your thoughts,
and you change your world.

Shoh nje entuziazem te papare te klasa politike shqiptare.
Lum per ne popullin per te tille politikane qe kemi.
I live 'cause... i love!
What does not kill me makes me stronger!!! 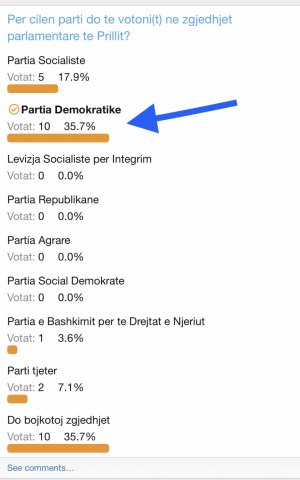 If it was told that you will die tomorrow?! - Nese ju thone se do te vdisni neser!